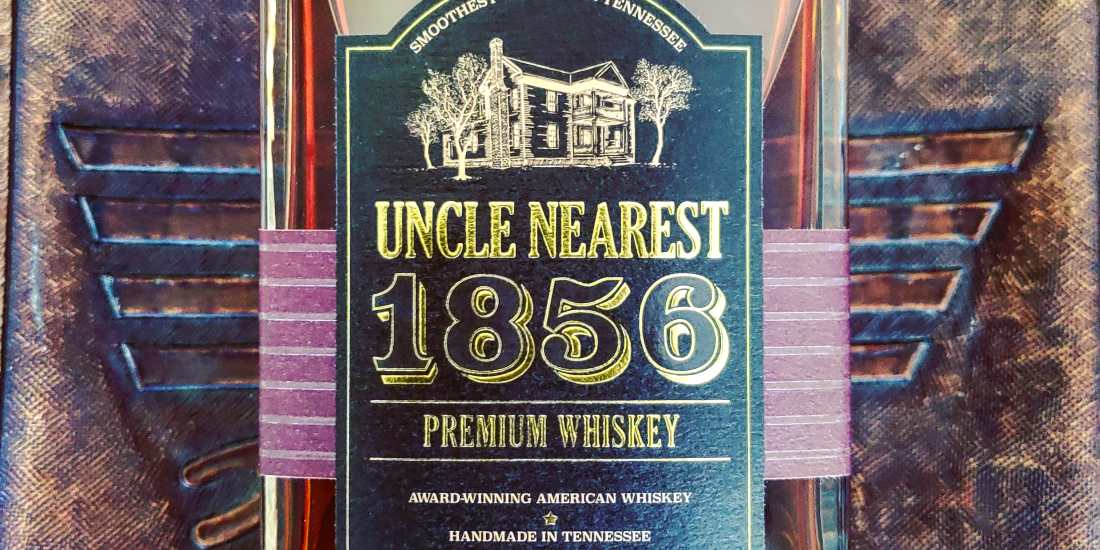 Today is not about depleting old bottles but celebrating something relatively new that honors something very old. A story that was an open secret yet like all open secrets unacknowledged. And being unacknowledged also means it’s a story not told. This is the story of Uncle Nearest.

Nathan “Nearest” Green was a slave in Tennessee during the Civil War. In the 1850’s he was, as horrible as it is to say, owned by a firm that leased him out to a preacher, grocer, and distiller named Dan Call. Now, back in those days to say someone was a distiller often meant that their slaves were distillers. And Nearest was one of the best. In fact, he was so good that when a young Jack Daniel’s came to work for the preacher, Call took him to Nearest reportedly saying that, “Nearest is the best whiskey maker that I know.” Only a few years older than Jack, Nearest is the one that taught him how to distill.

It was also while distilling at Call’s Distillery  in 1856 that biographer Fawn Weaver believes Nearest perfected the Lincoln County Process that became the trademark of Jack Daniel’s Whiskey.

While there are report of small scale charcoal filtration in whiskey distillation in the 1800’s there was nothing like the large scale, deep vats that make up the Lincoln County Process of filtration. This timeline is enshrined in the name of their flagship whiskey.

In 1963 the Emancipation Proclamation took effect and freed exactly zero slaves in Tennessee, The Proclamation only applied to states in open rebellion against the Union and although Tennessee had seceded it was now under Union control with Andrew Jackson as Military Governor. Jackson did free all of the slaves in Tennessee on October 24, 1864. One year later the 13th Amendment to the Constitution of the United States was passed finally abolishing slavery in the United States.

Once he was finally freed Green continued to distill for Call and now Daniel as well. Call and Daniel having founded a distillery venture together in either 1866 or 1875 depending on which documentation you believe. Shortly after, Call retired from the whiskey business for religious reasons leaving Jack in sole control and Uncle Nearest as the first Master Distiller of Jack Daniel’s Tennessee Whiskey.

In the years that followed three of Green’s sons and four of his grandsons worked at the distillery making the Green family instrumental to the early years of Jack Daniel’s. These open secrets finally began to be discussed with a 2016 article in the New York Times. This article, and the lack of real information about Nearest Green, inspired Fawn Weaver to dig deeper into Green’s story. She published a book on his life and much of the information about Green that has been incorporated into the Jack Daniel’s Distillery tours comes from Weaver.

The whiskey then undergoes the Lincoln County Process on a proprietary filtration rig designed by Sherrie Moore, the former Director of Whiskey Operations at Jack Daniel’s who came out of retirement to assist with the Uncle Nearest Project. Uncle Nearest is also working with the Corsair Distillery to distill New Make to their own specifications and recipe for future release.

In a landscape where it often feels like a story is crammed on top of a whiskey to create some sort of marketing narrative it truly is wonderful to see a story leading to the creation of a brand instead of the other way around. Nearest Green is one of the fathers of American Whiskey and it is phenomenal to finally see history truly being told, drank, and winning major awards including most recently 2019 World’s Best from Whisky Magazine’s World Whiskies Awards