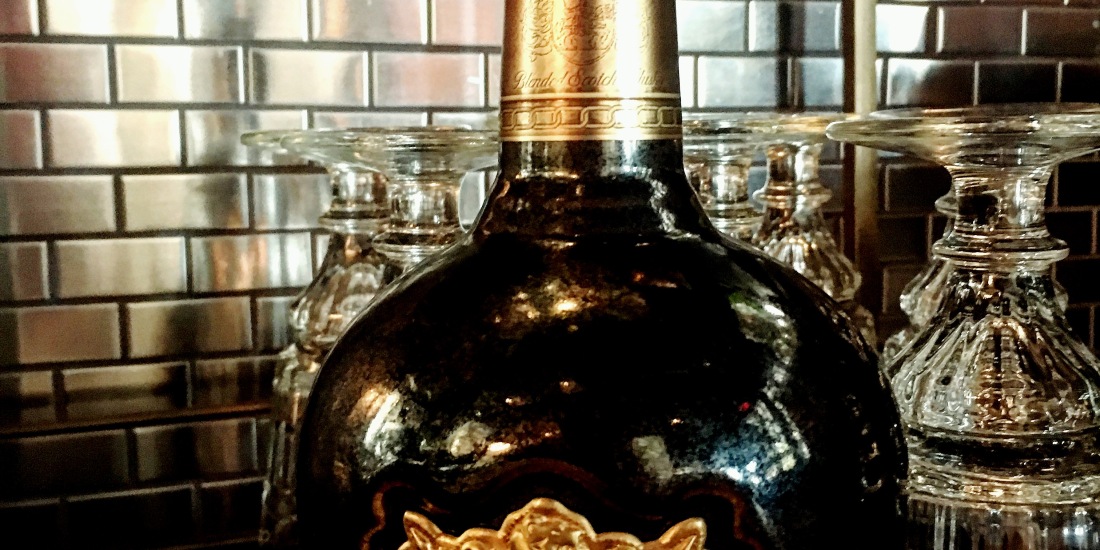 Some things seem so ubiquitous, so omnipresent that they become nearly invisible. All of the work, all of the marketing, but most importantly all of the quality that must be present to get them to that pervasive point becomes overlooked and it all just fades into the background. That had been my experience of Chivas Regal until recently.

No matter how much we preach the gospel of Single Malt Scotch, Blended Whisky is the true king. And if Johnny Walker sits upon the Iron Throne, Chivas Brothers is the King in the North. With the now iconic 12 year blend the market leader in Europe and Asia and over 4.4 million cases of Chivas Regal shipped world wide it’s easy to see how Chivas can be lost in the whisky sea. When everyone is clamoring for the rarest, the newest and the most unique bottlings how could something that sits on nearly every back bar in the world be anything special?

However the history of the brand shows one of evolution, experimentation, massive growth and success.

Chivas traces its roots all the way back to 1801 and small grocery store started by John Forrest in the town of Aberdeen. The Chivas family first became involved in 1836 with James Chivas joining the growing company and by the 1850’s they had responded to demand for luxury whiskey and were bottling their first blends under the name Royal Glen Dee.

Chivas Regal first found a home and an identity in the United States in 1909 with the launch of Chivas Regal 25 year old. The blend became the world’s first true luxury blended whiskey and it was an immediate hit with the New York high society. The brand rode high for several years until WW1 which limited shipping and then the disaster that was Prohibition struck. Almost more devastating to the brand than these events was the selling of the company and offloading its massive whisky stocks, in 1936.

When Chivas Regal was relaunched in the US in 1939 it was introduced as a 12 Year old in an attempt to preserve stocks. The company was then sold again, this time to Seagram’s in 1949. The next year Seagram’s purchased the Milton distillery, renamed Strathisla, which remains the primary malt and spiritual home of Chivas to this day.

Seagram’s took over the Glenlivet Group in 1977 and when Seagram’s went under in 2001 Chivas and the Glenlivet were purchased by Pernod Ricard which consolidated all of their whisky interests, including the Aberlour distillery that was already in their portfolio, under the Chivas Brother’s banner.

The brand has massive stocks to draw on and throughout it’s history hasn’t shied away from experimentation and innovation. For instance, The Royal Salute line was introduced in 1953 to celebrate the coronation of Queen Elizabeth II and is the only line of blended Scotch whiskey that starts at 21 years of age. I’ve been fortunate enough to have the 38 Year Old ‘Stone of Destiny’, named after the legendary coronation stone of the Scottish Kings. It’s full of dark chocolate, dried fruit and a rich finish that rivals many of the high end malts that I’ve had. 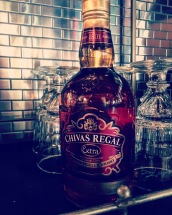 On a more approachable scale they’ve started producing the Chivas Regal Extra, a Non Age Statement blend designed to recreate the flavors of the original Chivas Regal 25 Year Blend that relies heavily on Olorosso Sherry aging. Then there is the new Mizunara.

The Mizunara is a 12 Year Old blend, but not THE Chivas 12 Year blend, that is finished in Japanese Mizunara Oak. It’s currently a Japanese exclusive but the Chivas Brothers have plans to take it to the global market. Think about that for a moment. Mizunara is some of the most sought after wood in the world right now and Chivas has enough clout and influence to be able to age enough whisky in mizunara casks that their biggest problem with getting into the United States is the difference in bottle sizes between the US and the rest of the world. With all this innovation and history why does it seem to fade into the background of the whiskey drinking consciousness? 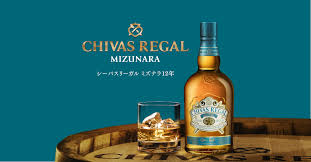 In a way I think their own history is getting in their way. The whiskey nerds and “trend setters” are all fighting to battle for transparency and in depth disclosure of aging and blend components. Just look at John Glasser and how often Compass Box is chastised for disclosing too much information. Finding information on what actually goes into a bottle of Chivas Regal is impossibly frustrating. And while this lack of information might keep that bottle of Chivas from standing out in an increasingly crowded forest, but it doesn’t stop the liquid in the bottle from being of a quality and taste that has earned its iconic place on that back bar.