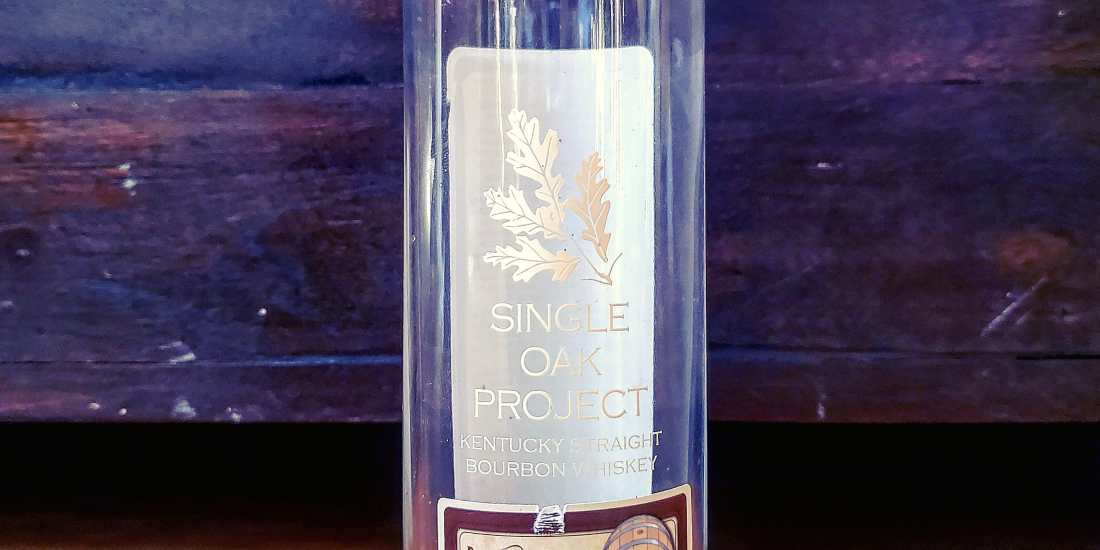 I’m trying to cut down on the quarantine drinking so today’s bottle is a single 375 of Buffalo Trace Single Oak Project.

The Single Oak Project was a massive Bourbon experiment that was begun by Buffalo Trace in 2011. The goal was to break down the very DNA of Bourbon and be able to catalogue exactly what element imparts what flavor on the final product. It was the Human Genome Project of American Whiskey.

As the name implies the major variable that affects the final flavor of a whiskey is the process of oak aging. And more importantly how the oak interacts with the spirit over time. Ever tree and every barrel is different so the first variable that needed to be controlled was the oak.

Buffalo Trace carefully selected 96 American Oak trees with special attention paid to the grain and growth rings of each tree. These were then turned into oak staves and separated into staves from the top of the tree versus the bottom of the tree. They then varied the seasoning time of the staves. Half were seasoned for 6 months the others for 12 months.

Barrels were assembled using only staves that had been prepared in the exact same way. This produced 192 unique barrels.  These barrels then received either a #3 or a #4 char, the char essentially being how long the interior of the barrel was lit on fire and how deep it penetrated the staves.

They didn’t stop there though. Once the barrels were completed there were a few variables about what they were filled with. The mashbill of the whiskey varied (either a wheated or a rye Bourbon), the entry proof varied (105 or 125 proof) and then the style of ricks they were aged in varied (concrete or wood).

By their own calculations this produced 1,396 taste combinations spread between 192 bottles. And over the course of four years they released all of these bottles to the public and opened a website where everyone could catalogue their tasting notes. At the end of the project all of the ratings, scores, and tasting notes would be gathered and a “winner” would be declared. Seeing how the project saw it’s final release in 2016 we know that the “winner” was Barrel #80 which has gone into production and will be released after reaching proper maturity in 2025, if we’re all still around by then.

Barrel 80 was from the bottom half of the tree with an average grain size, seasoned for 12 months, and given a #4 char. The spirit was a rye Bourbon mashbill that entered the barrel at 125 proof and aged in a concrete rick. This is honestly very similar to traditional Buffalo Trace and it makes sense that a crowd source tasting would select something that is similar to an already popular flavor profile.

But of course the real winner of this project is the breadth of knowledge and flavor demonstrated by controlling the minutiae of every aspect of the whiskey making process. And with that in mind it’s still worth finding bottles and tasting through to see what those changes produce.

This bottle of Single Oak Barrel 156 has been on the booze shelf for years which completely defeats its purpose. So lets dive in.

This is another barrel from the bottom half of a tree with coarse grain, staves seasoned for 12 months, and given a #4 char. The spirit was a rye Bourbon base, entered the barrel at 105 proof and aged in a wooden rick. Now, after all that nerdiness here’s what it actually tastes like:

I love the Single Oak Project because I love the minutia and variation.While I can wish that something on one of the more extreme ends of the bell curve had one out for wide production but the wealth of knowledge generated is worth a dram or a bottle.