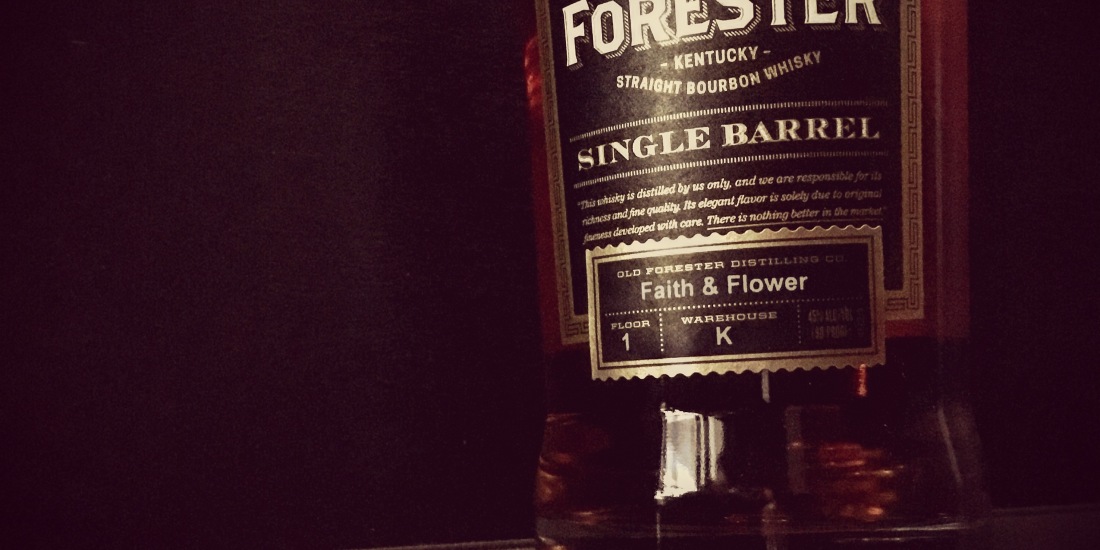 It’s time for the same old song and dance but with a brand new look. The first entry in a new chapter of house single barrels with the first Faith and Flower edition single barrel of Old Forester.

Old forester is an old brand, introduced by Gavin Brown in 1870 as the first bourbon brand sold exclusively in sealed bottles. Being sealed gave consumers assurance that the product hadn’t been tampered with or adulterated which made it the fan favorite of pharmacists who stocked it for its “medicinal qualities”. This reputation probably helped with Old Forester being granted one of six legal licenses to produce medicinal whiskey throughout Prohibition.

Unfortunately, over the century and a half of its existence Old Forester has been over shadowed by the Brown-Forman corporations other whiskies, like Jack Daniels or Forester’s mashbill twin Woodford Reserve. But recently the company has been trying to inject some new life into the old horse.

To kick things off the new Old Forester distillery is slated to open in downtown Louisville this year, And a few years back Old Forester was made the official bourbon for mint juleps at the Kentucky Derby (replacing Brown-Forman’s Early Times whiskey which is not technically a Bourbon) and around the same time they started rolling out their Whiskey Row Collection. The Whiskey Row is a series of Old Forester Bourbons meant to highlight milestones in Old Foresters history and the style of whiskey being made at that point in time. The Whiskey Row series are hence named with a date and a style like the 1870 “Original Batch” or the 1920 “Prohibition Style” and they also came with fancy new bottles and labels that set them apart from the classic Old Forester bottlings. And now all that fancy bottle and label goodness has found its way to the single barrel.

The Old Forester Single Barrel has always been a bit of a rare breed and been at least marginally separated off from the main bottles so it makes sense to align it more closely with its Whiskey Row brethren. The bottle is sleek, black, and just a little sexy. 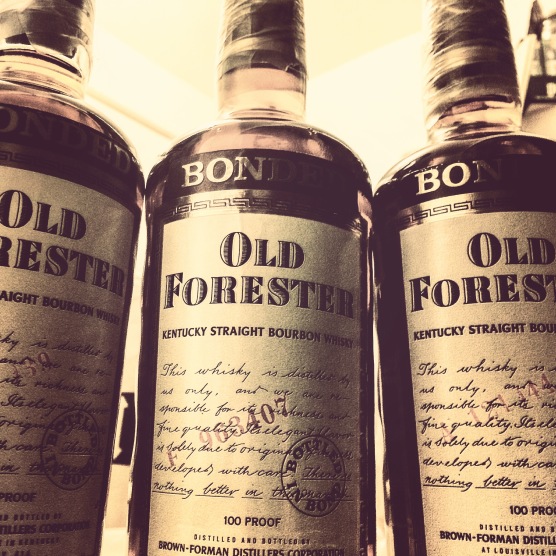 The single barrel offerings are at a solid 90 proof, one of the things that set them apart from the standard bottles, but the color scheme on the new label is an almost complete palate swap. Where the normal Whiskey Row bottles harken back to the old white/cream style labels of the brands history the new single barrel is jet black with silver lettering. And clearly looking to scratch the whiskey intelligentsia’s need to know everything the rickhouse and floor where the barrel aged are large and center.

But packaging doesn’t improve the whiskey in the bottle. So what about the actual whiskey? This inaugural Faith and Flower barrel comes from the first floor of Warehouse K. It’s the classic Old Forester/Woodford

mashibill 78% corn, 12% Rye, 10% barley that can too easily come off as a sweet corn bomb, but here it’s taken on a darker tone. Deep, red, ripe cherry winds its way through the middle of the palette while cinnamon, nutmeg, and woody sweetness lingers on the nose. The finish is medium yet weighty leaving the rough edge of the barrel mingled with the caramel sweetness.

Seeing this single barrel dressed up and tasting like this is like seeing a old friend the you’ve long felt to be predictable suddenly dressed to the nines and just dripping with an heretofore unseen sex appeal. The bones are the same but it’s a reminder that everything, and everyone, has a unexpected side that can make you sit up and take notice.