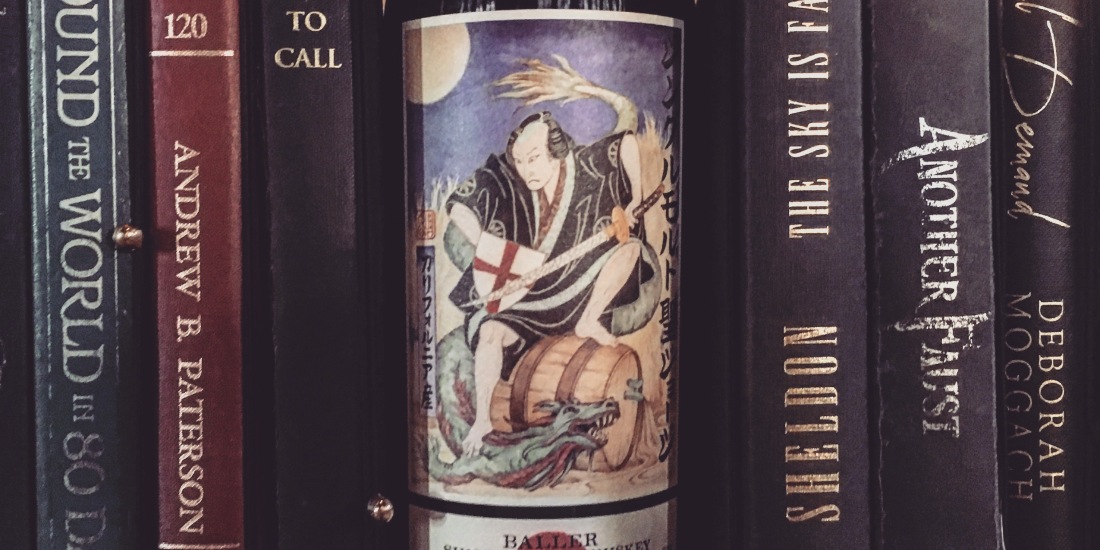 It’s a distinctly American thing to look at a creation of another group or country and say, “Yeah, I can do that.” We’re big fans of adopting ideas from others, filtering through our own cultural lens, and then exporting those back to the rest of the world. The cocktail is just that, and even our quintessentially American Bourbon whiskey has its roots in immigrant traditions being adapted to our local grain sources.

And it’s hard to scream about cultural appropriation of Japanese Whisky when Masataka Taketsuru lifted the blueprint straight from Scotch makers, even going so far as to be told he was to dogmatic about doing things “the Scottish way.’ But adapting and borrowing is exactly what St. George is doing with their Baller Single Malt Whiskey. And they’re totally aware of it. Distiller Lance Winters honestly describes the Baller as “a California take on the Japanese spin on Scotch whisky.” A California take on old world traditions is kind of the St. George trademark.

Jorg Rupf founded St. George Spirits as an eau de vie distillery in 1982 and in the 35 years since then has developed a massive reputation for quality and experimentation.

Although the eau de vies are still a major part of the distillery, the portfolio has expanded to include such wide sprawling products as a California Agricole Rum, an Absinthe Verte (which became the first commercially available American Absinthe after the lifting of the 1912 ban), as well as numerous gins and the Hangar One vodkas which were sold to Proximo in 2010.  St. George first entered the whiskey game in 1996 when Jorg hired Lance Winters, a former nuclear scientist and brewer, for a one-month trial. Twenty years later Lance is still experimenting and Jorg is delightfully retired.

The following year, Jorg and Lance began distilling Single Malt Whiskey which had its first release in 2000. Back then no one knew would to do with a Scotch-style American made whiskey. Fast forward 17 years to Lot 16 of the Single Malt and drinkers are almost as confused as to what to do with an American Single Malt but the tide seems to be turning.

Distilleries around the country formed the American Single Malt Commission in 2016 with the goal to “establish, promote, and protect the category of American Single 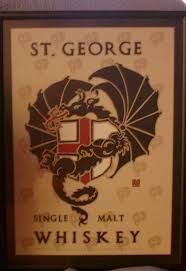 Malt Whiskey.” Technically, according to the American government there is no legal definition of what constitutes an ”American Single Malt.” However, this lack of consensus didn’t stop drink giant Remy Cointreau from purchasing the American Malt makers at Westland Distillery in December of 2016. Whether that speaks to a growing awareness of the category, or to an international audience more familiar and accepting of products labeled “Single Malt” remains to be seen.

The uncertainty also hasn’t stopped the whiskey from winning awards either. Both the Westland Malts and the St. George Malt are some of most awarded American Whiskies, with the St. George Malt even appearing in 1001 Whiskies You Must Taste Before You Die as what “might just be the best U.S. single malt available today.” But again, with the category being what it is that’s very nebulous praise.

People are clearly drinking it, and even reveling in the experimentation that this grey category has. And the St. George Baller is a prime example of this experimentation.

Distilled from 100% American barley and distilled on the eau de vie pot stills it is then aged for 3-4 years in ex-Bourbon and French oak wine casks. The whiskey is then filtered through maple charcoal and finished in casks used to aged St. George’s house made umeshu. Umeshu is a Japanese style of plum liqueur, and St. George being St. George they make their own in house entirely from California grown ume. About 1,600 bottles were released in 2016 with about the same on track for a 2017 release. It’s California identity clearly shines through, especially with it being a California only release. It’s certainly intellectually interesting.

The whiskey itself is bottled at 94 proof. The plum is incredibly noticeable on the nose with a touch of white pepper leading into a crisp, sharp taste on the palette with a massive dose of white pepper and spice before finishing with a fruitiness and the expected chocolaty, malt sweetness. Japanese whisky this ain’t. It’s more aggressive and while it’s certainly layered the edges are sharp and noticeable. It does really open up with the addition of water, which is what its makers had in mind. They designed this with whiskey highballs in mind, hence the name baller, which is yet another thing they have in common with their Japanese inspiration.

In the end, I think its label, which features the legend of St. George reimagined as a samurai based on an original watercolor made to emulate a woodcut style, best sums up this whiskey. It is an old tradition reimagined through multiple cultural lenses, that is artistically appealing but weather it’s a style that bears fruit is yet to be seen.