Drinking Poetic (on a Wednesday): Highballs

I’m a whiskey purist. Bourbon, Scotch, Japanese, Barrel Strength, it doesn’t matter, I drink it neat. For years I was determined that not even a drop of water would come between myself and my sweet, sweet barrel aged nectar. What’s changed me? The highball. 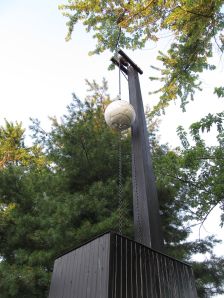 The highball is nothing new. It’s a simple class of drinks: a shot of spirit diluted with several ounces of a carbonated beverage on ice. My favorite rationale for where the term “highball” originated from comes from the old railroad days. Along the rail tracks there were “highball” signals where a ball would be hoisted out of a barrel signaling that the track ahead was clear and the trains could travel full speed ahead. A “highball” drink was at the time served in a highball glass with a single lump of ice. As the soda was added to the glass the ice would rise just like the highball signal telling drinkers they could dive in at full speed as well as quickly down the remainder of the drink when their train pulled in.

Like most classic it was simple, easy, and was much abused during the 70s, 80s and 90s becoming barely recognizable but it’s still a class of drinks that people still know the name for.  But the highball that interests me, the undiluted purist, is a straight whiskey soda.

My first highball in Japan was out of a can.

Ask for a Whiskey Highball in the U.S.A and there’s a good chance you’re going to end up with a whiskey and ginger and even this combo wasn’t enough for the sugar loving American palette and has been vastly over shadowed by its cousin the Jack and Coke. But in Japan the Whisky Highball has been elevated to an art form. I had heard the hype but it wasn’t until I visited Tokyo this year that I finally understood.

My first highball in Japan was out of a can.  I would never even consider getting a canned mixed drink from a 7/11 in the States but when you cross the international date line and land in the future and your hotel room isn’t ready for another 7 hours what else are you supposed to do while walking through the city?

From the moment that can touched my lips all I drank for the rest of that trip was highballs. And what struck me everywhere was the balance and the quality.

It was expected in Ginza. It was a random bar that we didn’t know the name of. The bartender knew maybe a handful of English words but when we ordered Suntory Highballs he enthusiastically pulled every Suntory whisky he had from the back bar to try and walk us through which one we actually wanted, and then thoughtfully poured the whisky over hand carved ice, stirred, and topped with soda before continuing on to casually brulee half of a passion fruit for the garnish of another customers drink. But when the highball at the chain ramen shop where you have lunch is just as elegant you know there’s something special happening.

Suntory and Nikka have both made moves to position themselves in the highball world. Suntory has even released the Suntory Toki in the states, a blend specifically designed for the taste profile, and price point, of a highball. But the problem for me with the Highball in the States is the soda. Doesn’t matter how good or finally designed your whisky is the moment it is smothered by carbonated water from the gun, or drowned with a bottle of Canada Dry it’s lost it’s edge. There’s just simply a difference in the quality of bubbles.

Its odd to call a machine thoughtful but all good bartending has a certain degree of prep that happens behind closed doors.

Enter the Toki Highball machine. My first thought on hearing about this highball machine was why the hell would I need a machine to make the simplest drink on the planet?! But after my eyes were opened in the Land of The Rising Sun I approached the machine in a new light.

The design and execution of this machine are thoughtful. Suntory was aware of the problems of trying to export their highball style and worked to eliminate as many roadblocks as possible. Not only does the machine have the necessary refillable whisky tank, but also a separate water cooling system. It then carbonates with amazing specificity and will dispense the sparkling water independent of the whisky. My bubbles problem was solved.

It also adds a measure of thoughtfulness back into the process. Its odd to call a machine thoughtful but all good bartending has a certain degree of prep that happens behind closed doors. Whether it’s batching, technique training, or infusion,s a good portion of our job is doing the work out of sight so that the customer can sit at the bar and enjoy a seamless, delightful night out on the town. And the behind the scenes work has definitely been done to bring these highballs from Tokyo to LA.

So rejoice! Tonight is the unveiling of the Toki Highball machine at Faith and Flower. Come see exactly what I mean.